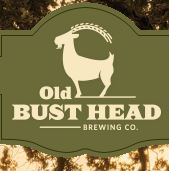 It’s been a long time since I’ve written about my cheesy beer adventures. I discovered it’s rather difficult to do cheese and beer pairings when it’s 90+ degrees outside, because all I really want is a burger or fish tacos. Since the close of summer is rapidly approaching, I felt the need…the need for cheese. And of course great beer to go with it.

We headed out to Old Bust Head in Vint Hill, Virginia. The area is actually an old Army base that had been shut down and has now been converted to a combination of residential and some retail space, to include this lovely brewery. Today they had 14 brews on tap! Igor and I tried cheese with every brew, but I’m going to focus on our favorite pairings of the day.

The Chukker, a classic Czech Pilsner, was our first pairing that surprised us. We paired this nice light brew with Beecher’s Cheddar, aged 26 months and super sharp. The cheese brought out some sweetness to the beer we truly did not expect. Because this brew clocks in at only 4.4% ABV, it’s a great session beer you can drink easily.

As far as English Pale Ales go, the Busthead is a really nice one. Slightly bitter, slightly roasty this beer was fabulous with the super sharp cheddar. It tamed the bitterness and added a bit of sweetness and creaminess to the mouthfeel.

Vixen, an Irish Red with a nice malty profile, was next up. The color on this beer is just beautiful. We paired this with a triple crème Brie from Wegman’s. The cheese rounded out the maltiness quite nicely, and left you with a hint of caramel on the finish.

With my newfound love of IPAs, I couldn’t wait to try the Graffiti. What a nice IPA! The goat cheese brings out the brightness of the beer. We also tried a very mild blue cheese from Oregon. Having heard blue cheeses were really good with IPAs, I had to give it a try. I discovered the blue cheese complimented the bitterness in the beer, but you don’t lose any of the flavor. While in theory I think blues would work with IPAs, as with any craft beer and cheese pairing, I think it completely depends on the brewery and the hops profile of the beer.

Next we sampled the Apricot IPA. This beer is very fruit forward and you can definitely get the apricot on the nose and palate. Interestingly, pairing this with the sharp cheddar negated the apricot flavor, but then the beer developed an almost orange cream profile on the palate. This pairing by far was the most intriguing and surprising.

As you know, I’m a huge stout fan. OBH’s Gold Cup Stout is one of my absolute local favorites. So, of course, I had to pair this with my favorite cheese, the triple crème Brie. The coffee notes in the beer paired so nicely with the creaminess of the cheese. It was so good I could have just spent the rest of the afternoon drinking this stout and eating the cheese.

Last but not least was the Vanilla Porter. A limited release brew, the nose on this one is definitely pure vanilla. There’s a bit of sweetness to it, and I would have to say this would be a great dessert beer. Pair this with the triple crème Brie or a huge slice of plain ole cheesecake.

We loved visiting Old Bust Head today. And as luck would have it, they are planning their first Bleu and Brew Festival! They will have several local breweries on site, and will have cheeses to pair. The event is scheduled for September 19, 2015 and tickets are on sale now (http://www.oldbusthead.com/bleu-brew-fest-obh) and I highly recommend going. Follow them on Facebook here to get updates.  Even if you can’t go to the festival, definitely visit Old Bust Head.  You won’t be disappointed.